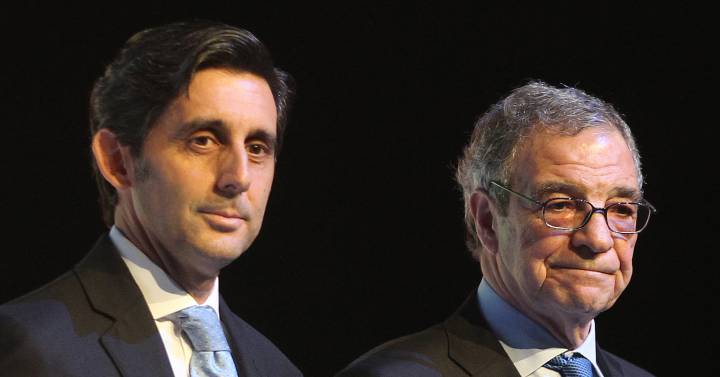 The teleco indicates that César Alierta leaves the presidency at his own request and will continue as patron of the institution and as president of the ProFuturo Foundation. “The Board of Trustees of the Foundation has accepted the resignation of César Alierta and has unanimously joined the recognition of the person who has stood out as “a unique figure, with a tireless capacity for work and key to having reached the highest levels of excellence, and who will continue to contribute to keeping Fundación Telefónica at the forefront and to transforming people’s lives with its unparalleled professional and personal contribution to the institution”, states the company.

The operator has indicated that the Foundation begins a new stage with its restructuring, and its integration into the new strategy of the hub world of innovation and talent. “In this new stage, the Foundation will promote digital skills, with a focus on employability for the groups that need it most,” says the operator.

Alierta assumed the executive presidency of Fundación Telefónica after leaving the position of chief executive of the company, in the spring of 2016. The Foundation, thanks to his drive, was already immersed in ambitious growth projects in segments such as digital education. In fact, Telefónica approved a contribution of 325 million euros to the Foundation at the end of 2015, which was injected in different tranches in the following years. During this stage, the operator has continued to support the projects, with special attention to the educational world. The last large injection reported by Telefónica took place in 2020, for an amount of 57 million.

The former president has had serious health problems in recent years. In the summer of 2020, he was in an induced coma, admitted to a hospital in Madrid, due to a serious cardiovascular disease. Alierta reappeared in a public act of the Telefónica Foundation with Queen Letizia, at the beginning of 2021.

César Alierta became president of Telefónica in the summer of 2000, replacing Juan Villalonga, living alongside three Prime Ministers during his term, José María Aznar, José Luis Rodríguez Zapatero and Mariano Rajoy. He was in the position until April 2016, when he was replaced by José María Álvarez-Pallete. Alierta was on the board of Telefónica for another year, until the spring of 2017.

Under his mandate, Telefónica registered strong growth with large acquisitions, among which the subsidiaries of BellSouth in Latin America, Cesky Telecom and O2 stood out, which gave the company a presence in the United Kingdom, Germany and Ireland. In 2010, Telefónica bought Portugal Telecom’s 50% stake in Brazil’s Vivo. Alierta always defended investments in Latin America, an area considered strategic. Between 2000 and 2015, Telefónica invested 100,000 million.

In 2012, the company launched an aggressive plan to sell assets to reduce debt. Among others, he sold 7.5% of China Unicom and his stake in Telecom Italia, two companies with which he established strong ties (he still maintains the Chinese company and is a director). It also sold Atento, 23% of Telefónica Deutschland, and the subsidiaries in Ireland, the Czech Republic and Slovakia. The teleco is in the process of selling its British subsidiary to Hutchison. Once the operation is closed, the debt to EBITDA ratio will go from 2.91 times to less than 2.38.

However, Alierta promoted large-scale acquisitions such as Brazil’s GVT and Germany’s E-Plus to consolidate its position in these countries. In addition, it faced strategic decisions that became a trend in the sector, such as the amortization of UMTS licenses or the creation of Telefónica Digital, with the consequent expansion in businesses such as cybersecurity, the Internet of things and big data. Teleco was also strengthened in pay television in Spain and Latin America, with operations such as the purchase of DTS (Canal+ parent company).

On a personal level, Alierta suffered in 2015 the death of his wife, Ana Cristina Placer, after a long illness. The manager always accompanied his wife in all her hospital admissions. Before Telefónica, he was responsible for the Capital Markets area at Banco Urquijo and founder-president of Beta Capital. In 1996 he became president of Tabacalera, from where he promoted the merger with the French company Seita, which gave rise to Altadis. He was also one of the main Spanish shareholders of IAG, the holding company that owns Iberia, of which he was a director until the spring of 2017.

Alierta, a great fan of Real Zaragoza, the football club in his city, took control of the team in the midst of its serious crisis, together with the Yarza Family, owners of the Heraldo group. However, over the last few months, the sale to an investment group has been negotiated, but no agreement has been closed.

On the other hand, Telefónica is going to appoint Arturo Lorente as the new deputy financial director (deputy CFO), reporting to Laura Abasolo, general director of Finance and Control for Telefónica and head of Latin America. The manager, with extensive experience in the financial world, until now held the position of head of Citi in Europe, the Middle East and Africa (EMEA), in the so-called Financial Strategy Group (FSG). This team is specialized in providing financial and corporate advice to the entity’s clients.

Previously, between 1998 and 2011, he held different ports in Merrill Lynch first, and Bank of America Merrill Lynch, later.

Lorente will replace Jesús Romero at Telefónica, a veteran director of the company in the financial area, who died in 2021.