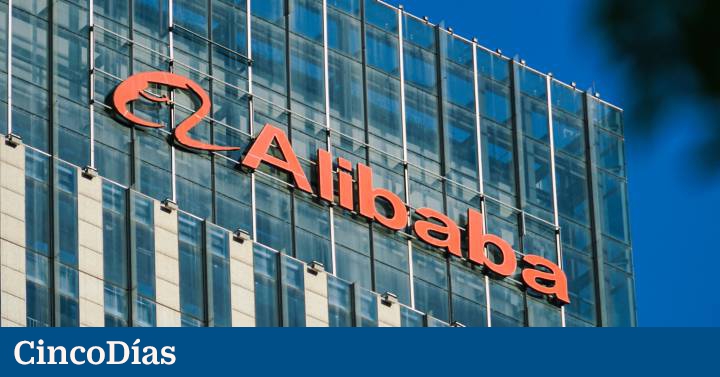 The Chinese e-commerce giant Alibaba obtained a net profit of 22,739 million yuan (3,306 million euros) in its first fiscal quarter, 50% less than in the same period of the previous year.

In its income statement, sent to the Hong Kong Stock Exchange, where it is listed, the firm’s financial director, Tony Xu, cited the “challenges presented by the Covid-19 outbreaks”, despite which the company “achieved a stable revenue performance” compared to a year ago, he said.

The president and CEO of the digital conglomerate, Daniel Zhang, acknowledged that “April and June were of little activity”, but assured that the group, founded in Hangzhou (eastern China), saw “signs of recovery in all lines of business in June”, the month in which anti-pandemic restrictions began to be relaxed.

In those months, several outbreaks of Covid caused restrictions on movement and economic activity in different parts of China and led to strict confinement for weeks in Shanghai, one of the country’s main economic poles.

Xu recalled Alibaba’s recently disclosed plans to apply for a primary listing on the Hong Kong Stock Exchange, which is aimed at “further expanding and diversifying the investor base” of the company.

Converting the trading floor of the former British colony into its main listing place, a process that could be completed by the end of this year according to a recent communication from Alibaba, would allow the company to benefit from the “Stock connect” program, which makes it easier for investors from the Mainland China buy shares of the company.

Alibaba pointed to falling revenue in its e-commerce line of business in China as the main cause of stagnant revenue.

However, despite the fact that its value fell by 1% year-on-year, retail sales in China – carried out mainly through its popular Taobao and Tmall portals – continue to account for the majority of the company’s income, 69%, more than the proportion recorded a year ago.

International retail sales —a segment in which its AliExpress portal, known in Spain, stands out— grew by 2%, at a much lower rate than in the same period last year, when they advanced by 54%.

Apart from the e-commerce segment -which accounts for 76% of total revenue-, cloud computing businesses grew by 10%, while digital media and entertainment fell by 10%.

The conglomerate, one of the largest companies in China and in the world, has been one of the companies most affected by the regulatory campaign of technology companies by the Chinese authorities in the last two years, in the framework of which Beijing imposed, in April 2021, the largest antitrust fine in Chinese history, equivalent to about 2.8 billion dollars.