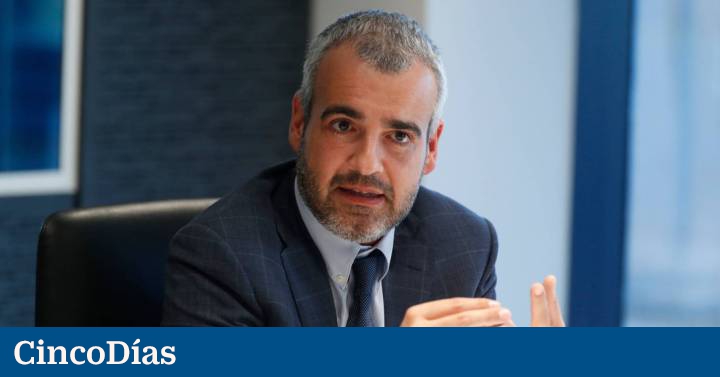 The president of Aena, Maurice Lucenahas declared on different occasions that he would go to the last consequences with the defense of the interests of the company and its shareholders in the face of the impact of the pandemic, and the fight is reaching extremes never seen before.

The airport manager has gone to the supreme courtwith a contentious-administrative appeal filed on March 8, against the dismissal of its request to modify the Airport Regulation Document (DORA) 2017-2021 due to the deficit caused by the collapse of traffic in 2020 and 2021. The company, according to sources legal, has also denounced before the Provincial Court of Madrid and the logical step will be to unify both procedures before the Supreme Court.

The first refusal of compensatory measures it was from the General Directorate of Civil Aviation and arrived on December 16 weeks late (I had until September 9 to respond to Aena). The body that leads Raul Medina interpreted that not all the exceptional circumstances referred to in article 27 of Law 18/2014 were present to amend the aforementioned DORA.

With this first setback, Aena He went to the General Secretariat of Transport and Mobility with a lift resource. But neither has he been successful before the Ministry. On March 23, he was officially notified that this new resource had been taken down.

The company and its legal advisers continue to maintain that “all the requirements provided for in article 27 for the modification of the DORA are met” and the granting of an economic rebalancing. In fact, as Aena has stated in the report that accompanies the economic results for the first quarter, it remains open to the exercise of other measures “that may correspond in defense of its social interest”.

The opinion of a third party

The CNMC had estimated in a report dated June 16, 2021 a tariff deficit of 1,365 million euros in 2020 alone between the costs of providing basic airport services (2,275 million) and income (910 million) of Aena due to the collapse of activity generated by the health crisis.

The CNMC document examined the price proposal at airports for the five-year period 2022-2026 and added the aforementioned loss for Aena in the first year of the health crisis due to the collapse of air traffic by 72% and income of the company by 67%. The airports continued to provide basic services and Aena eluded running temporary headcount cuts. All in all, it lowered operating costs by 10% in a context of the virtual disappearance of air activity.

The airlines, through groups such as ALA, Iata, Aeca, AOC, Aseata and AOPA Spain, applauded the decision that the deficit denounced by Aena was not transferred to the current regulated five-year period and even to a third five-year period, 2027-2031. The latter was Aena’s proposal to recover the drop in income due to unforeseen causes and not attributable to its management without hindering the recovery of the air sector.

The CNMC’s opinion regarding the impact of Covid-19 on Aena’s regulated business was not binding and left the decision in this dispute with the airlines in the hands of the DGAC. Aena also never dared to encrypt an eventual rebalancing and sought Civil Aviation to decide on the formula to estimate it.

A regulation open to modifications

The DORA can be modified when given serious circumstances not attributable to the airport operator and that, furthermore, they were unpredictable at the time of their approval. The impact must be “certain and substantial on the financial viability of the Aena airport network”, describes that article.

The Law includes as exceptional any unexpected effect that motivates “annual reductions in passenger traffic in the network as a whole of more than 10% caused by natural disasters, terrorist acts or war situations”. When the circumstances that hinder traffic are not exceptional, the risk is borne by the operator.

The airline sector, for its part, rejected the application of the aforementioned article 27, understanding that it would harm the equitable distribution of the costs of the pandemic and discourage the recovery of the sector.

The DORA modification procedure can be opened ex officio by Civil Aviation or at the request of Aena. Once the second channel has been activated, Civil Aviation listens to Aena itself, the airlines, the CNMC and the Spanish Aviation Safety Agency. A report from the Ministry of Economy is even necessary.