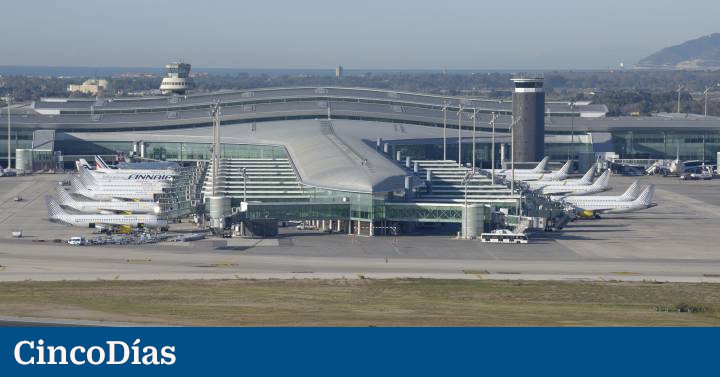 The liberalization of international air transport at the end of the eighties gave way in Spain to the creation of Aena, which today is the largest airport manager in the world when it turns 30. In this time, this GDP engine throughout the country, and the gateway par excellence for tourism, has exceeded the 5,000 million travelers served and brings together a basket of 69 airports inside and outside of Spain. The challenges on the table are to find a way out of the crisis that has hit the world aviation sector and to reconcile air activity with the urgency of environmental sustainability.

The presiding firm Maurici Lucena operates 46 airports, under the network management model, and two heliports in Spain, is present in 22 airports in Latin America (six in Brazil, 12 in Mexico, two in Colombia and as many in Jamaica) and is the majority shareholder in London’s Luton airport. Her delivery occurred on November 2, 1991 as Spanish Airports and Air Navigation, at which point a process of expansion and modernization of the Spanish airport network began, culminating in works such as the construction of Madrid-Barajas T4 and the Barcelona and Malaga plans. In 1997 it made its first leap abroad, with the concession of the Colombian airport of Barranquilla, and a year later Aena Internacional was activated.

Phenomena such as the emergence of low-cost airlines, the entry into competition of new handling o the development of the commercial offer in the terminals (220,000 square meters of restaurants, shops and other services) have been changing in these three decades the physiognomy of the business of this public company, listed on the Stock Exchange since February 11, 2015 ( premiered at 58 euros and closed the first day at 70 euros per title). Shortly before, Aena and the air traffic control company were segregated Enaire, despite the fact that the latter continues as a controlling shareholder with 51% of the capital.

The partial privatization decided by the Government of Mariano Rajoy In the midst of the financial crisis, it was accompanied by new regulation, hand in hand with the Law 18/2014, by which five-year rates are established and service, quality and investment standards are set. It is the Airport Regulation Document (DORA), of which the second edition will be opened on January 1 with tariff freeze.

As its current president usually recalls, Aena comes from managing the record year in traffic (275 million passengers) and economic results, the year 2019, to immediately go through the worst crisis in air transport. Before the pandemic, Aena had a turnover of 4,500 million and earned just over 1,400 million euros. But despite the traffic crash, the market capitalization is close to 21,600 million.

Other difficult moments in these 30 years were those of ETA attack with a car bomb placed in the Madrid T4 car park at Christmas 2006; the sinister of Spanair flight JK5022 in August 2008; the airspace closure on December 3 and 4, 2010 for the drivers’ strike, or the fight against the historic snowfall that brought the storm Filomena last january.

In recent years, the path marked out for the company has been the development of a ambitious real estate plan that starts in Madrid-Barajas and Barcelona-El Prat, but which will continue in Malaga, Seville, Valencia or Mallorca. Another investment focus is in the Climate Action Plan, which includes the photovoltaic project for self-consumption of the grid in 2026. The expansion of Barajas and the attempt to unblock the one in El Prat, which are fourth and fifth European airports by volume of traffic managed; intermodality projects with the railroad; investments related to security, and the focus on opportunities abroad, mark the future of the operator.