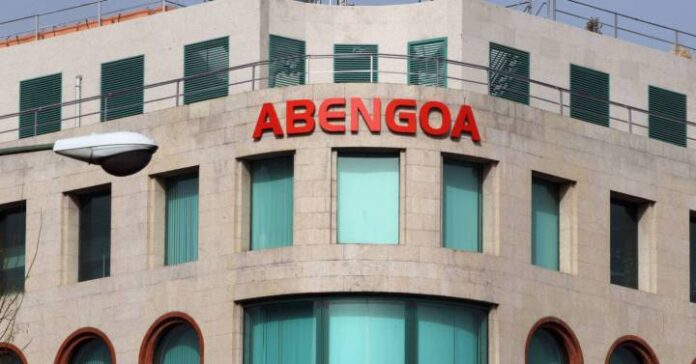 Abengoa’s new Board of Directors, appointed this Tuesday at the Extraordinary General Shareholders’ Meeting, has communicated to the National Securities Market Commission (CNMV) that “the refinancing agreed on August 6, 2020 is the best and only solution for the group”.

He then transferred his “conviction” that delaying its execution beyond the 31st of this month “would lead to the liquidation of the group, the loss of thousands of jobs and the total destruction of value for Abengoa SA and its shareholders”.

The new Abengoa Board of Directors, whose chairman is Juan Pablo López-Bravo, as the multinational announced to the regulatory body on Tuesday, assured this Wednesday that “it has carried out an urgent review of the situation of Abengoa and its group” , which has approached with “the management team, employee representatives, external advisers and the entity (KPMG) that made an independent assessment”.

The new governing body of the multinational based in Seville, after indicating that the meeting “has included the analysis of alternatives for the future of the group and for its shareholders”, has transferred that they have had the opportunity to access “additional information to the one publicly available “before the General Meeting of November 17, which caused the cessation of the board of directors chaired by Gonzalo Urquijo.

With this premise, Abengoa’s Board of Directors concludes on “the negative effect that an eventual reopening of the negotiation process would lead to in contrast to the viability of the group that would follow from its execution”, thus pointing to “the irreversible consequences of postpone the decision on the refinancing and its execution beyond December 31, 2020. ”

Among that volume of additional information that the new trio of rectors claim to have, they have verified “the existence of binding obligations with third parties, supported by agreements of the General Shareholders’ Meeting prior to the one held on November 17, 2020”, as well as “the contradiction between those obligations with third parties and the instruction approved in this last General Meeting “.

The new directors, who defend their action and initiative “in accordance with their best professional criteria from independence and professional qualification”, appeal to “avoid causing certain damage to the company and all its shareholders when they present themselves, as is the case, circumstances then ignored or that could not be taken into account in all their significance “.

Abengoa’s Board of Directors reports that “it will proceed to convene a new General Shareholders’ Meeting”, a body before which it undertakes to make available “a comprehensive package of documentation that makes public the information on which this is based. decision”.

Apart from the announcement of the call for the Shareholders’ Meeting, the Board of Directors conveys “its commitment to stability in the governance of Abengoa and its subsidiaries, and then urges” non-opposition to the execution of the refinancing by the subsidiaries “and demands” the Public Administrations and all creditors to confirm their participation and collaborate in its execution before December 31, 2020 “, facts that determine” the survival of a viable company like Abengoa and the continuity of so many positions of job”.

“The Board of Directors states that it is essential to maintain the social peace of the group, employees, suppliers, creditors, and of course, Abengoa shareholders, and in this sense, it undertakes to continue dedicating its best efforts in favor of Abengoa shareholders “concludes the text of the new directors of Abengoa to the CNMV.