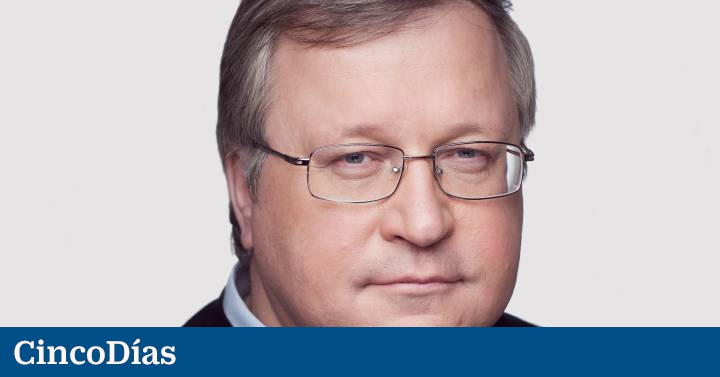 Elconsorcio.es, a Spanish company specializing in the provision of investment management services, is behind the creation of the largest green hydrogen cluster in the world in Russia. The mission of the Mezen Arctic Green Hydrogen Cluster is to create, by 2030, the world’s leading center for green hydrogen production based on local renewable energy from the tides.

As he explains to Five days the state advisor of the Russian Federation and project manager Yuri Krupnov, Mezensky Bay in the White Sea has unique renewable energy resources from tidal waves, thanks to which the construction was planned in Soviet times from the Mezensky tidal power plant, with a capacity of 8 gigawatts (GW).

Krupnov stresses that with the use of current technologies it is possible to produce more than one million tons of green hydrogen annually for export to any part of the world. This cluster, based on the Mezen PSA, will also include a seaport with a remote dock for the shipment of hydrogen, a hydrogen electrolysis plant, a hydrogen ammonia plant, carbon recycling factories, a carbonless steelworks , an organic peat ammonia fertilizer plant, as well as Russia’s first hydrogen city, Novy Mezen.

The project has a cost of 17,000 million dollars (14,700 million euros). Three factors must be taken into account in terms of funding sources, according to the representative in Spain for interested entities and president of Elconsorcio.es, Carlos M. Sánchez-Bendito.

First, half of the project financing will come from the Russian budget through direct and indirect investments (grants). Second, there are several options for foreign private financial institutions willing to invest $ 5 billion in this project. This is where Elconsorcio.es plays its role, chosen by the Russian cluster, as it specializes in financial advice to Spanish and foreign investors and companies.

And finally, the cost of this megaproject is within the parameters of the plans that are already being implemented in Russia. Specifically, the second part of the Yamal-LNG project (Arctic LNG 2) will cost 21,000 million dollars until 2025.

The Russian project has to raise 5,000 million
dollars of foreign investment

Russia is part of the World Trade Organization (WTO). However, it has a certain international commercial inexperience and is in need of projects, development of ideas and services, as well as investments, the same sources point out. Spain exported services to Russia in 2019 (excluding tourism) for 411 million euros, 14% more than a year earlier. It is the right moment to increase trade exchanges and joint investments.

Spain, also on the hydrogen route

Spain is also committed to the development of green hydrogen. The Spanish Government approved in October 2020 the Hydrogen Roadmap: a commitment to renewable hydrogen, with which it seeks to promote a sector that mobilizes 8.9 billion euros in investments and that will be key for Spain to achieve climate neutrality and a 100% renewable electricity system no later than 2050.

According to the Ministry of Ecological Transition, the document, whose development is contemplated in the Integrated Energy and Climate Plan (PNIEC) 2021-2030, includes 60 measures and sets national objectives for 2030 aligned with the European Hydrogen Strategy. The targets include four gigawatts of installed power from electrolyzers – the renewable hydrogen production system using clean energy and water – which represents 10% of the target set by the European Commission for the EU as a whole.

The Kremlin has just launched the Mezen megaproject, within a norm that facilitates the “establishment of centers for the production of hydrogen and ammonia, using the energy generated by tidal power plants.” Russian and foreign investors can submit proposals until March 1, 2022. The sectors of the Russian economy that offer the most opportunities for foreign investment are extraction, manufacturing, banking and insurance, wholesale and retail trade, administrative activities and real estate. .

For their part, Spanish exports to Russia are gradually returning to normal after the stoppage caused by the pandemic and awaiting the end of the sanctions. The Icex has detected some recovery in areas such as wine, construction and furniture.